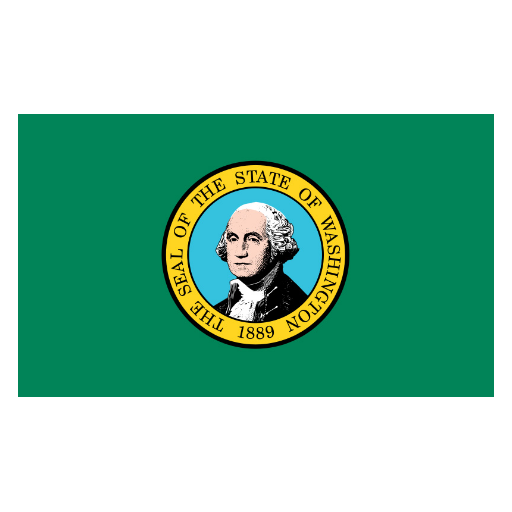 I have received countless phone calls and emails about the closure on the Snohomish River since Thursday.  I know many of you are very frustrated with the recent closure of the Snohomish River and the restrictions on the Skykomish River, especially since the Skykomish River is so low it is impossible for many folks to even launch their sleds, let alone run the river safely.  I have been speaking with WDFW regional to clarify in detail why we are seeing this closure.  I have not had any answers for you until now.

I had a discussion with Edward Eleazer – Region 4 Fish Program Manager.  Additionally, I spoke with the Region 4 Biologist several times over the weekend.

Edward was very forthcoming during our conversation.  Additionally, he apologized for the sudden closure, (being announced Thursday and closed Saturday).  He stated in hindsight, he should have made the closure for Monday October 1st, to allow of better notice to allow guides to notify clients of the impending closure.

Why the closure?  First of all, in 2018 the Snohomish (including the Skykomish and Snoqualmie rivers) met The Pacific Fishery Management Council’s (PFMC-NOAA) criteria for “overfished” status.  This status is met if the geometric mean of escapement, computed over the most recent three years, falls below the Minimum Stock Size Threshold (MSST), which for the Snohomish River system is 31,000 wild Coho spawners.

A stock rebuilding plan is currently being written for the Snohomish River.  WDFW knew that they were in and “overfished” status going into 2018, but thought that the bar to reach to get out of overfished status was a 3 year geometric mean of greater than 31,000 fish.

With a 2018 preseason forecast of 66,000 Ocean Age 3 fish WDFW was pretty confident that opportunity existed for both Area 8-2 and in-river (Snohomish system) sport fisheries as well as tribal fisheries, and have a spawner escapement of over 31,000 fish.

What changed is that PFMC-NOAA has determined that to get Snohomish Coho out of “overfished” status, the three year geometric mean of spawner escapement needs to exceed 50,000 adult spawners, which is the number of spawners estimated to produce maximum sustainable yield (MSY), also known as SMSY, instead of 31,000.  Here is our last 9 years of escapement.

Granted, many guides and sport anglers alike feel as though we are seeing very good numbers of Coho in the Snohomish River.  That said, we have had low water this year, yet again.  With the low water, many of these Coho are not moving up the river as they should. Additionally, Marine Areas 8-1 and 8-2 Coho fisheries did not produce good numbers as they should have.  With these mitigating circumstances, WDFW was not seeing the fish numbers that make them feel comfortable to continue the fishery unrestricted.

What WDFW does not want is for NOAA to issue an ESA listing for the Snohomish River Coho.  This is the main reason WDFW issued the sudden closure.  This may be on the conservative side, but safer than risking an ESA listing.  Which we all know could last 4 – 6 years.

Many of you have expressed a concern to me over the fish trap at Sunset Falls.  It was not operational until a couple weeks ago due to debris and sand.  That said, WDFW only showed about 500 fish at the trap prior to it becoming operational two weeks ago.

Lastly, many have asked why the Skykomish River is opened with the restriction of only hatchery fish being retained, buy the Snohomish River is closed completely.  Edward explained the wild encounter would be too high to allow for continued fishing, (with 8-1 “wild” vs. “hatchery” fish).  Especially given the low water, many of the Coho are staging on the upper Snohomish River, waiting to move up into the Skykomish or Snoqualmie River.

In my conversation with Edward, I expressed the importance of providing this information to the public, just as we discussed.  As anglers, we may not like the news, but when we are completely informed it leads to less speculation and more understanding.  Edward was in agreement.

We definitely do not want to see Snohomish River Coho with a PFMC-NOAA ESA listing.  That would be disastrous! What we need right now is for the river levels to come up and let the wild fish get up river so WDFW sees the numbers they need to see to be comfortable lessening the restrictions.  Again, none of us want to see this fishery restricted as it is.  But I guarantee, no one wants to see a PFMC-NOAA  ESA listing either.

That said, with the recent issues regarding Puget Sound Orcas, WDFW are increasing hatchery production to allow for an additional 20k – 25k in annual abundance for Coho for the future.

I know you probably have more questions and/or comments than answers I have provided here… “Why didn’t they do this?” and “What about the year that this happened?”  I get it.  But here is the deal.  The Region 4 managers and biologists are doing their best to help us have sustainable fisheries for the future.  I will admit and so will they [WDFW] did not explain the situation to us completely, 4 days ago.  However, in my opinion they have explained it.  These folks love the outdoors and fishing too.  It is my opinion these folks want the best for us and the fishery we have cherished for decades.

If I learn any new information that would be helpful to you, I will pass it along ASAP.

Action:  Closes all salmon fishing in the following areas: Snohomish River, Snoqualmie River, and the Skykomish River upstream of the Wallace River.

Reason for action:  In-season run size updates indicate that the Snohomish wild coho run is lower than the pre-season forecast. These measures are needed to protect future runs of coho by increasing chances wild spawner escapement goals are met.

Additional information: Areas that remain open for salmon have a daily limit of two fish, release all salmon other than hatchery coho. Gamefish remain open in these rivers as described in the 2018-19 Fishing Rules Pamphlet.

For the Wallace River, the area between the hatchery weir and 400 feet downstream of the weir remains closed until the weir is removed.

If coho salmon abundance improves, fisheries may be reopened.